It's Cold Outside...Here's the Warmth

Spending on average 50 hours a week listening to music, I think I'll try regularly to share with you what I'm listening to. Of course some of it disseminates down to the radio show on Friday mornings so you can actually hear the stuff(see play lists throughout this blog), but in all honestly there's a major gap between the table in the shop and what I can squeeze into 3.5 hours of R&R radio.

As of late, here's the repeat factor for yours truly complete with some thoughts... 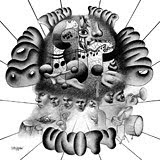 Unity - "Blow Thru Your Mind" LP.....whether original or pirate I care not cuz' the essential 70's spiritual jazz groove from New York circa 1974 is beautifully exercised on this slab to the max. Mixes real fine with Coltrane and Ornette. Byron Morris(Sax)leads this 7 piece oufit down a pretty righteous path. The vinyl is hellishly hard to find (cd on Soul Jazz UK) but well worth the hunt! 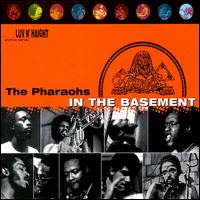 The Pharoahs - In The Basement LP...early 70's Chicago based funk/jazz blow out! These dudes made only 1 official LP and this live in the vaults assemblage was due to the interest by Luv & Haight issued in mid 90's...pretty sure this fella is oop but I finally got 1 for myself and a couple for the shop. Well worth the wait as the hard funk jazz onslaught is pretty epic! Pre-Earth Wind and Fire. 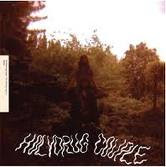 Follakzoid and Holy Drug Couple - are 2 different 12" EPs on the Sacred Bones label that both spin 2 side long excursions into the netherworld of psych to warm the lobe. Follakzoid are from the newish Chilean underground scene and do a pretty wicked NEU kinda trip. Holy Drug Couple are a bit on the dark and murky tip and play a heady eastern but west coast-ish psych style that mixes great between Buffalo Killers and MV & EE. I'm sure both records will be OOP lickety-split! 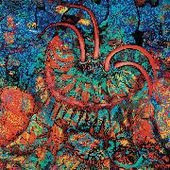 Anahita - Arcana En Cantos LP is a no brainer for me as I'm a big fan of both Espers and Fursaxa. Tara Burke(Fursaxa) and Helena Espvall-Santoleri (Espers) go for 4 solid lengthy excursions into the ethereal and experimental sides of psychedelia. Out there in every way, fans of Fursaxa will get this instantly and get prominent cello as an added bonus! 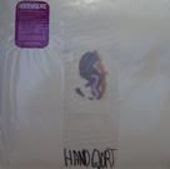 Handgjort were a Swedish outfit steeped in the mystical eastern influence and summer of love style and recorded this self-titled nugget in 1970. The album falls beautifully within the realm and kindred spirit of Algarnas Tradgard , Trad Gras Och Stenar and Kebnekase. Sitar soaked hippie folk-psych of the highest order and wickedly packaged. Superb! 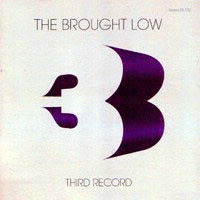 The Brought Low - Third Record... Finally got this on wax and I dig it big! A retro 70's hard rock blues power trio with a warm fuzz style and actual songs that are memorable! A soulful swaggering style that found on the old mix tape; stuck between the Allman's and the MC5's "Shakin' Street", you'd never know they were newish...

Here's a few more great things I'm currently diggin'.....Arabs In Aspic - Strange Frame Of Mind, Wino-Live At Roadburn, Eternal Elysium-Under The Triad, Vulcan - Meet Your Ghost, Vespero - Liventure 21, Kristyl - Is, Sungod - First Matter, Cosmic Trip Machine - The Curse Of The Lord Space Devil, Moon Unit - Hell Horse & The Heady Stratus, Dragontears - Turn On Tune In Fuck Off!!, Pagan Altar - Lords Of Hypocrisy, Trubrot-Undir Ahrifum, Kawabata Makoto-White Summer Of Love Dreamer and on, and on and on...
Posted by The Birdman at 12:55 PM