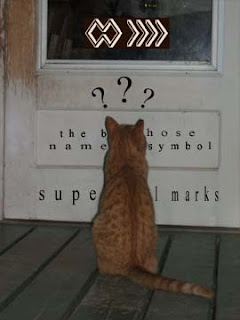 Wow, how time flys! Rocktober already a week stale and the weather she be turnin' soon!
Great record show a coupla' weeks ago with near 700 people payin' to swing elbows in some pretty ferocious competition for the wax goodies....from every perspective it was HUGE !!!! All dealers were happy and judging by the huge stax o' trax that people were towin', I suspect happiness abound.....I finally scored a copy of Soft Machine "Six" in perfect nick for a mere 10 bones....don't ask me why but after selling that 20 years ago a killer copy has evaded me seemingly forever...another chapter closes.

Speaking of Record Conventions the Bi-Annual Montreal/Ottawa record show is happening Sunday, November 1st at Fenn Lounge, Carleton University off Bronson here in Fat Cat city. Running 10 am 'til 4 pm there should be lots of great vinyl and cds....come out and see...admission is a mere $ 2.

Don't be like the cool cat above and miss pre-PROGFEST @ Irene's on Friday the 23rd of ROCKTOBER......Castor, the band whose name is a symbol, Black Feelings(Alien 8 Records) and Matt Oxley formerly of Nervous System will perform starting at 9 pm. $8.00 at the door with proceeds going to CKCU cuz FUNDING DRIVE STARTS that day ! Phone in yer support or email to give CKCU some skin ! Especially "Friday Morning Cartunes" !!!!
Posted by The Birdman at 8:53 AM