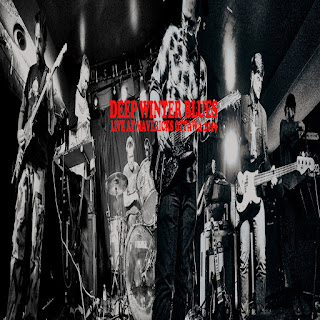 The Band Whose Name Is A Symbol have a rich 14 year history of being somewhat fucked over by weather!  Amongst some of us in the band we call it "the curse".  I could regale you with dates and gigs but suffice to say, weather in Canada can be a bitch!  By all accounts I can think of 4 outdoor gigs that were canned, day of due to rain.  One show, years back, coincidentally the night my Mother actually passed, we had power knocked out in the club by a vicious thunderstorm literally as I was stick counting us in, the joint went black and that was the end of all...kinda spooky now that I think about it...
Winter is always the most challenging and it's insane how many shows we've played in blizzard conditions over the years! 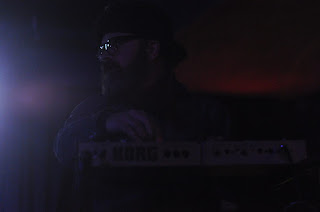 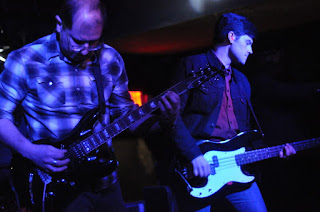 We were opening for Yawning Man, and Freedom Hawk and Pisser were also on the bill. That day forecasted weather wise, was temperatures of -30 Celsius and hard driving snow! It certainly was all that and more! BRUTAL! I'll never forget the shock that the fellas in Yawning Man in particular felt that night and for the rest of us although harsh, it was a "what the fuck can you do" kinda night. 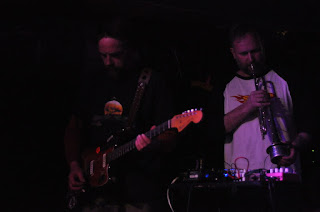 All that said, all 4 bands kicked ass and it was pretty awesome to see 100 good souls brave the elements to get their noggin's cleaned out with some very heavy music that evening! 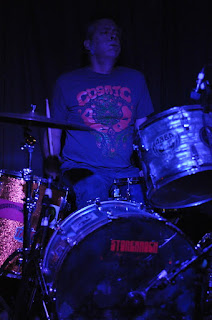 If you click on the link here you can hear our set which is "up" for the very first time on our band camp as I just discovered I had it in the archives...It was a dark and stormy night...👽
photos here by Andrew Carver.
LIVE AT MAVERICKS + bonus track
https://thebandwhosenameisasymbol.bandcamp.com/album/deep-winter-blues-live-at-mavericks-2019
Posted by The Birdman at 3:10 AM